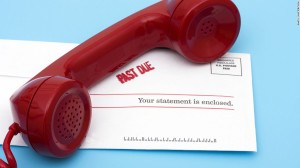 Debt collectors may violate the FDCPA by either harassing or threatening creditors. Before contacting an attorney to help, steps to take to defend against violations and build a case against the abusive debt collector are: first, record the phone calls. The safest and most advantageous way to record the collector’s phone calls is by making note in a computer, on a note-book, or other log of the calls. When people read the word “record” they may automatically think of a voice recording but, though irrefutable evidence, voice recording a call is unsafe as a victim of harassment.

The state that the victim is in may be a one party state, a state that allows voice recordings of phone calls as long as one person, namely the victim, consents to it, but the debt collector violating the FDCPA may be in a two party state, a state that requires both or all participants in a call to consent to voice recording. If this is the situation the debt collector can sue back and although it is unlikely anything will be lost monetarily, the case could be dropped for abuse and harassment..

Many victims get discouraged at the fact that voice recordings cannot, most of the time, be used in court, but dependable, accurate, and thorough notes can be just as good if not better than a voice recording. In the notes, make sure to write exactly what is said with no abbreviations. Also add the time and date of the call and who specifically called (the caller and the agency) and make sure the notes are optimally accurate.